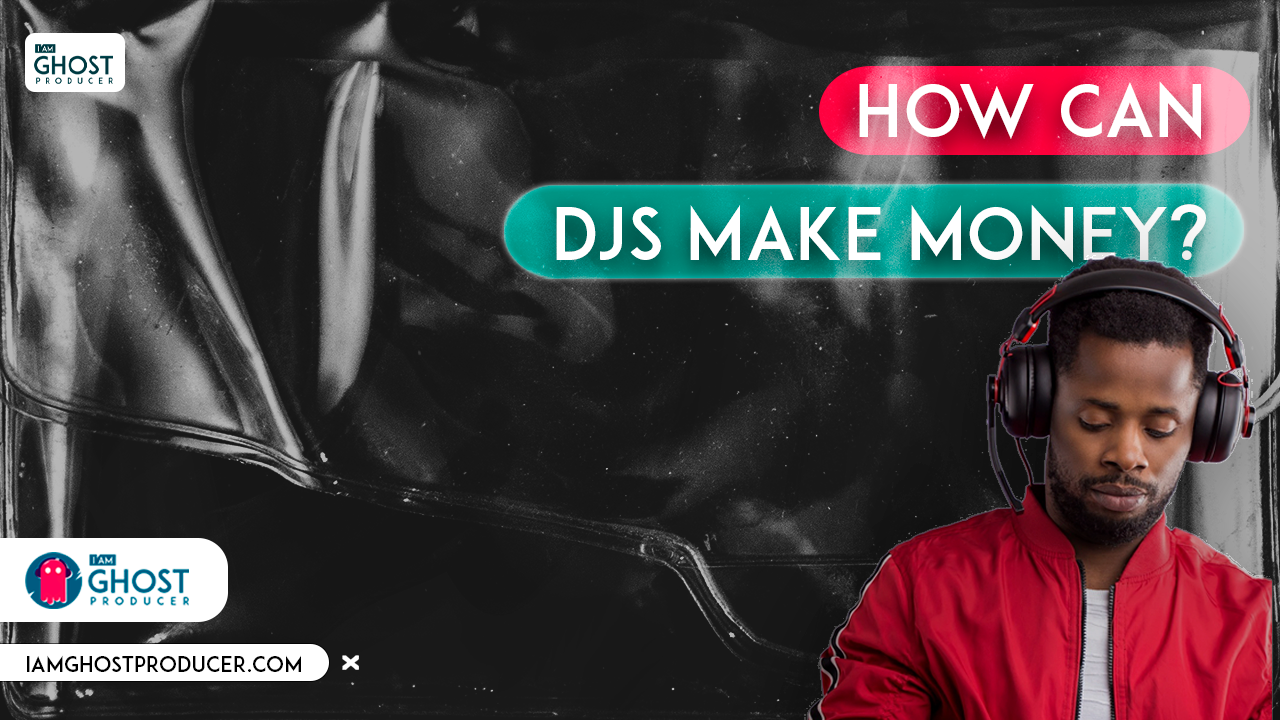 How can DJs make money?

How do DJs earn a living?

Having asked my friends, our producers, and customers, I can surely say that 90% of DJs earn a living by other means. They have a job, business, or any other profitable activity, while Djing is more like a hobby. It’s not a rare case when they are invited to a party where they perform their set, have a good time, and then return home in a good mood. And the next morning they just continue doing their usual things.

It’s amazing if you’re, for example, a producer and compose music. In such a case, you’ll be able to become a ghost producer and start selling your tracks, while getting income from a favorite craft.
Net income from the sale of one track is $150-300 on average.
By the way, I’ve already given an interview before on how much ghost producers earn. You can have a look at it as there is a lot of valuable information.

If you sign a contract with any of the record labels, most likely your tracks will be published on the platforms like Beatport, iTunes, Amazon, and others. You’ll be able to receive the payments from the labels provided for the streams of your tracks.

However, having a 10-year experience in music I haven’t received any significant income from this option. Labels in general rarely send your earnings to you. Here a lot depends on the level of a label itself and the amount of money spent on advertising of tracks.

One more way to earn money among DJs is concert tours. It’s safe to say that this is one of the best ways of earning money because you perform in front of your fans and receive money for that.

Selling stock music on such platforms like Audiojungle may become another pretty good method. I’ve tried this method before but I was able to earn only $30 dollars (having published a lot of music though). I spoke to my colleague to discuss this and I found out that it used to be a fine way to make money: he was even able to buy a car. But today’s income from the stocks is noticeably lower. According to him, the time when these platforms were only being created was the best to start cooperating with them. But everybody’s got his own history.

We shouldn’t also forget about the orders on mixing or mastering tracks.

Surely, one may receive income in other areas not connected to music. There are lots of areas of activity where you can get money and don’t forget about DJing at the same time.

I was glad to answer your questions. If you want to share your experience and tell us about the possible ways to earn money as a DJ, then contact us. We’ll definitely write about it.

next prev
0 0 vote
Article Rating
Subscribe
Login
0 Comments
Inline Feedbacks
View all comments
Do You have a question to us?
wpDiscuz