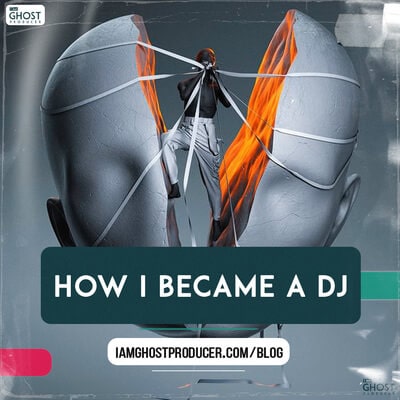 How did I Become a DJ?

My name is Anatolii Vered, and my musical pseudonym is ARYS. Today I would like to share with you a story of how I became a DJ, started touring as well as performed on the same stage with my idols.

I liked EDM music festivals a lot and attended them quite often. At the time, I couldn’t even think I would be writing electronic dance music. But it happened that I met people who plunged me into the world of electronic music creation. And I started composing trance music. At that time, I got a dream – I wanted my track to be played by Armin van Buuren since he was my idol.

For three years, I had been writing music for 10-12 hours daily, as well as signing tracks on various record labels. Three years after, I’m returning home, checking my social media, and seeing a lot of messages. It seemed like I had a birthday! When I started opening and reading all those messages, I saw a lot of congratulations that my track Barroco was played by the best at the time DJ of the world – Armin van Buuren. I lack words to describe those overwhelming emotions I had. I was incredibly happy because he was my idol, and I dreamt about this day for such a long time.

From that moment on, my DJ career begun. I had a manager willing to work on my ARYS project: to help me both financially and in promotion. I want to pay your attention that I didn’t search for a manager: he found me himself after Armin van Buuren had played my track.

I was now having a lot of invitations to play in clubs in other cities. I remember myself worrying as I didn’t have skills to play DJ equipment. But the performance had already been arranged, so there was no way back. At that moment, I already had DJ friends from my city who showed me how to mix tracks the right way. One of the acquaintances, also a DJ, led me to the club before the party so that I could practice a bit. The club was empty, and I had only several hours to learn before the performance started. Frankly speaking, I didn’t get much of that practice. I didn’t have my equipment at that time, so I couldn’t practice.

So, I’m arriving by train in the city, where I’m having the first in my life performance. Organizers of the event met me, we went to a café, talked a bit. In a few hours, we got to the club. I was nervous. The club was full of people. DJs who performed before me were really good at it.

Then the moment to go on the stage came. I came up to the equipment, put on the headphones, but there was no sound. I asked a DJ who was still playing the last track of his performance: ‘Why is there no sound in the headphones?’. And he just laughed and said: ‘You haven’t plugged them in!’. Can you imagine my excitement?

The next moment the music stopped. An MC introduced me – who I was and where I came from and added that Armin had played my track. After that, I pressed the Play button, and the excitement fully disappeared. I caught this wave, and everything went very well.

There were situations when my track stopped playing (most likely, the disk was damaged), but the audience supported me and sang along. I couldn’t even expect that people knew the lyrics of the song by heart. At that moment I was happy. People took photos with me and introduced me to their acquaintances after the performance. THAT WAS LIT!

That is the story of my first performance. Later, there were performances in other cities and countries as well. It takes more than one article to describe it in detail.

One more performance on the same stage with my idol took place in Voronezh. At that time, Paul van Dyk was the headliner. I couldn’t even believe that I would be in the line-up with such a famous artist.

As you can see, talking about my case, it helped me a lot that my track was played by a famous DJ and heard by the whole world. Only after that, I started performing in various cities and countries without the skill to play DJ equipment.

Now it has become easier for those who want to repeat the same path. Today I am a founder of the “I am Ghost Producer” platform, and everyone can go to our store and buy a ready-made track with 100% copyright to it. You can sign it on any record label under your name or pseudonym, publish it on any social media, and play on performances. Generally, you are entitled to do anything you want. Nobody will know that the track is written by other producers as we work anonymously. You will get more fans!

Those of you who will get lucky will be able to see how your tracks will be played by world-renowned stars, and it may become that springboard to start your DJ career.