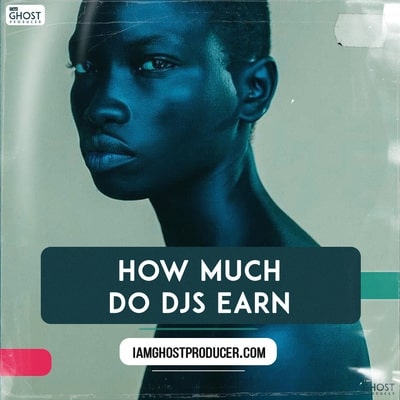 How much money do DJs make?

Before we give a detailed answer, I (Anatolii Vered– an owner and founder of ‘I am Ghost Producer’, DJ, and artist under the pseudonym ARYS) decided that it should be as objective as possible and shouldn’t be limited to my experience in DJing only. That’s why before writing the article, I also had a talk with my DJ friends, ghost producers of our website (who’d had such an experience), potential and present clients (who performed on the stage as well) and found out how much they earn or earned in this field.

Summing up their replies, it’s safe to say that the DJ revenues depend on many factors. For instance, in economically developed countries the rates will be way higher than in countries with poor economics, and the numbers generally differ a lot. What affects the income is also a club an artist performs in, the popularity of the artist, and some other aspects.

How much do beginner DJs make?

As a rule beginner DJs get about $5-15 for their set in a nightclub. It also often happens that they perform for free at all, as they want to receive the experience and new fans, some popularity, or simply have fun at the party.

For example, for my first performances, I was paid $10-100 per set. But my performances started only after Armin van Buuren had played my track in his radio show ‘A State of Trance’. After that, there was a small wave of popularity in Ukraine and Russia (trance music was on the rise that time), and I began to receive more invitations to perform. I performed at some concerts for free, for instance, in Voronezh at ‘Transmission’. I had a great desire to perform on the same stage with Paul van Dyk and Dj Feel. So, when the invitation was sent, I didn’t hesitate a minute.

How much do DJs earn a night?

It’s difficult to answer this question for sure. Popular worldwide DJs get about hundreds of thousands of dollars, while unknown DJs from small cities – only $10. Talking about an average DJ, the sum is about $20-40 a night.

How much do DJs earn per gig?

If a DJ performs at the concert, probably he has already gained a name and reputation. There are also many other factors influencing the income of the DJ, which I was talking before. Particularly: what kind of concert it is, which country it takes place in, what the DJ’s level is, etc. A lot of DJs are ready to perform at such concerts for free if some popular artists are mentioned in the line-up. That’s why they don’t miss an opportunity to fulfill a dream and perform at the same stage with an idol, or simply write about this event in a biography. The rates vary a lot.

What salary does a DJ have?

If we talk about the salary particularly, it means that the DJ must have become a resident of one of the clubs and will perform his sets at the parties or shows on a regular basis. The salary is also dependent on the popularity of the club and the salary agreement between the DJ and the club. The rates are different and may be both $200 and $3000 per month.

Will you be able to make a living being a DJ?

Sure, you will be. However, everything depends on your needs. Like in any other business, the main thing is to put your soul into a favorite craft. And the career will be alright then.

But you shouldn’t also forget about force majeure like, for example, the coronavirus pandemic. Today almost all the clubs in the world are closed, and DJs have to earn money by other means.

Is there money in DJing?

If You want to earn money like a Ghost Producer and sell your tracks, fill outthis form.