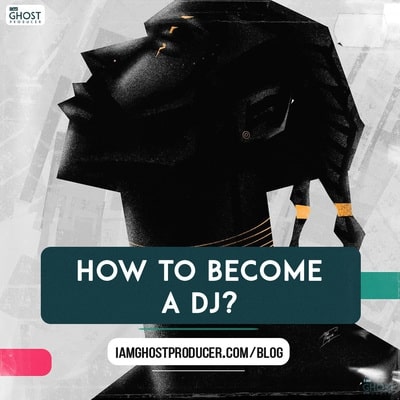 How to Become a DJ

At the beginning of the way of any profession, there is always studying – theory, basics, as well as practice to consolidate the knowledge and master skills. And in a profession of a DJ, everything works the same way.
Today, there are no issues accessing information. If you have money, go to a school of DJs, get knowledge and support from experienced DJs. If you don’t have any, study from free videos on YouTube or make use of free courses – although that is a long way.
Besides the knowledge itself, you will also need musical material that you will play in your sets, as well as equipment. What equipment to choose? It all depends on your preferences and budget. If you want to use files, then buy a controller or decks with USB support; if you want to play from records, opt for vinyl players, etc.

Is it difficult to learn DJing?

You need to understand that any skill requires numerous hours of training and patience. Learn beatmatching in the first place: that is, how to pick the speed of the second track so that tracks play together during the mixing stage. Everything here depends on the amount of time spent on practice.
There is nothing difficult, and anyone may learn how to do it: the only vital thing is practice. After that, deal with harmony in mixing: keys, beats, and so on – study all of that in theoretical materials. After consolidating all of these basics in practice, you are ready to try yourself in the role of a DJ on the battlefield – to play for people on the dance floor.

What’s required to become a DJ?

Once you have studied the material and consolidated everything in practice, it is still early to call you a full-fledged DJ. You should try to prove yourself, play at a private party or in the club (a perfect scenario). Record several mixes to give people an idea of what music you play, what your musical taste and delivery are.

How to become a club DJ?

You will surely ask: ‘how to start djing in clubs?’ Speak to your acquaintances, ask to play for free at the beginning of an evening. Do not forget to mention that you will invite friends (whom you will ask beforehand to support you at the start of your career), and there will be a bit more people in the club before the party starts. Thus, you will prove yourself, find new and useful acquaintances, receive experience, and contribute to your list of performances for your further promotion as a DJ.

Can you be a DJ, not being a producer?

There are two ways of artist development. Many begin with djing since that is faster and a bit easier. When you are an experienced DJ and start performing more often, time goes by, and you get a feeling like you need to write your music and release it on labels. Due to the fact your name is famous, people will surely pay attention to the new tracks written by you, and it will be an extra bonus for the development of a DJ career.
Labels where you start releasing your music, as a rule, are responsible for marketing and promotion of artists on popular platforms themselves, thus, increasing your recognition as an artist and producer. Some musicians start their way from music creation, and when their tracks gain popularity, such producers are welcomed to perform in clubs or festivals as an artist.
It is worth mentioning that the career of an artist performing as a DJ and working as a producer in a studio takes twice more time compared to if he was just a DJ or was engaged in music production only.
The major part of the artist earning is, surely, received as a fee for performances. Now we are not going to discuss in more detail other methods the artist can earn money on, which include the merch, various collaborations, and opening of a label, and many other things that become possible as DJ’s popularity and demand grow.
Theoretically, a DJ may be quite successful and earn well even when not being a producer. In other words, you may spend most of your time thoroughly picking a lot of musical material, leading your radio show, creating podcasts, and performing a lot. All of that collectively promotes and popularizes you as a DJ and takes all your time generally.
No matter how rapidly the career of a DJ developed, sooner or later he would like to take it to the next level of his creative development. At some point, it may seem to him that the DJ’s work becomes tedious and routine, and a question of how to add more creative energy to work and life comes up. Here is the moment when a DJ decides that the time to create his own music and take a new quality direction in the career has come.

What can he expect at this stage?

The first question to be solved is ‘how to find time for additional studying and music creation?’ Now we are talking about the case when you fulfilled yourself as a DJ, you have lots of work, and you spend all your time on performances, preparation of the material, and self-promotion.
One needs to understand that adding the creation of music to your schedule means that you will have to sacrifice something – the number of performances, reduction of the number of released mixes and podcasts, and time spent on the search of new material. On the other hand, we are making kind of investment into our future careers, that is why switching on extra work in the studio will bring quality result in your future career.
Some time passes, you have already figured out how the process of music creation works, have created several tracks, and even released several of them on labels, have seen the first results of your work as a producer – and now new work comes up! Besides music composing and DJ work, you need to deal with the promotion of your music. You have already limited your time on self-development as a DJ, and now you will lack time on the producer’s work, too.
Let us change the subject a bit and remember how a similar issue is solved in business. There is such a term as ‘delegation’. This is when a head passes some part of his work (usually, routine one) to his assistant or helper and, doing so, frees time for more serious things. Thus, he increases personal efficiency.
An artist may pass part of his work the same way while focusing on tasks that require his attention. For example, the process of track creation may take from several days to several months, with numerous daily hours of work! And when an artist has a tight schedule, he doesn’t keep up, gets tired, and the resources of his body are not enough to approach the business with required quality.

But there is good news!

The most demanding and time-consuming process may be entrusted to another person or group of people who will fully take the process of track creation on themselves. An artist gets a chance to be fully engaged in tours and self-promotion and at the same time control the quality of music, which other producers, who are professionally called ghost producers, create for him. And the main advantage of it is that the number of ‘released’ tracks using this method is almost not limited (if before this limitation was introduced only within the time that artist had).
You can easily order a track from a ghost producer, having sent references of track you like to him, and eventually, receive a ready-made track that is maximally close to your expectations. You need to understand that another person cannot fully transmit your personal feelings the same way via the track – even you sometimes may fail in it. But you save time, receive a quality track, which… Attention! Does its work. If you have inspiration and want to express your emotions and create a hit, just do that! Don’t forget that you are creating a career as a DJ, which is your work, and music should help you in promoting yourself and earning money, while personal creativity will require your spare time (we would like to add that you may obtain a personal track even at the early stage of your artist development, which may unexpectedly boost your promotion).

If you want to perform the best way, spending maximum time on it, to earn more and not to waste your time on music writing, useOur Shopof ghost produced tracks. You receive full rights on track, can release it on a label under your name. Let these tracks perform their task for you, while you can deal with your task – to perform, earn money, and live your best life.