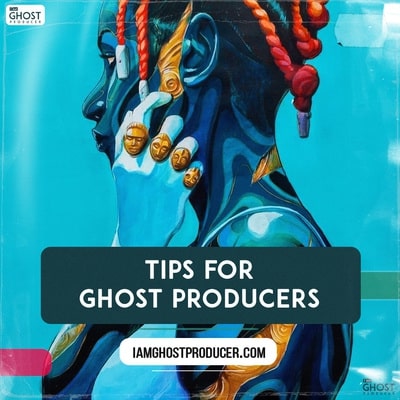 In this article, we will describe the useful tips to all Ghost Producers willing to work or who already work with I am Ghost Producer service.

1.Publish your track only on one platform.

It’s strictly prohibited to sell one and the same track on different Ghost Platforms. There are producers who want to cheat, so they sell the same tracks on several platforms at the same time. But sooner or later it comes out, and you get into the common blacklist of Ghost platform being unable to sell your tracks anywhere.

There were cases when producers had sold the track on one platform but didn’t delete it on another one, where the track was almost sold. The client found out that the track he was about to buy was being sold on another platform. The situation was solved, and these producers were added to a blacklist without any chance to sell their tracks.

2.Don’t use construction kits and ready-made melodiesfrom the libraries in your tracks.

That’s a very common mistake. We sell only exclusive and original tracks.The clientswant to buy only original tracks. So, you can’t download a ready track or a melody, fix it and sell it to customers. That doesn’t work here. And we notice everything. Nobody is going to work with this producer. But you can use vocal samples in tracks but only if they are royalty-free.

3.Don’t use the same vocals in different tracks.

One track should have one unique vocal. The customers like it a lot when they purchase a track with vocals. But when they return to buy another track in our store and hear that the vocals in a new track are absolutely the same like in the one they bought earlier, they get worried. And they may leave and forget about the platform forever.

4.Don’t ask to delete a track from the store before 2 months expire.

We spend a lot of money and effort of many people to prepare and add the track to the shop. Plus, consider the costs on ads. Our managers constantly show the tracks to the clients. Wait at least 2 months after the publication, and only after that ask us to delete the track.

5.If you want to earn more, you need to upload more tracks.

And they better should be of the most popular and interesting to customers genres. As for popular styles, they change quite fast. And those that were popular a year ago and those popular today are 2 big differences. Today the tracks ofDeep House,Techno,Tech House & House,Bass House,Dance Popgenres have the highest interest among customers.

6.Please, don’t write to us messages like ‘How’s it going?’,

When you ask questions like that, you only distract our managers. We won’t sell tracks faster thanks to these questions. And once it is sold, we’ll write to you that very day. That’s why it has no sense to ask those questions.

7.Prepare the pack according to the example you receive from our manager.

The speed of publication of the track depends on the quality of preparing the pack. When we start cooperating with a producer, we send him an example with all the detailed information regarding each point of execution. Unfortunately, a lot of producers ignore it and send the pack not the way it should be but how it’s convenient for them. As a result, we ask to re-do the pack, or we ask to add the missing files, which takes several extra days.

8.Format the stem files correctly; they should correspond to the Extended version of the track.

Sometimes we get stems of the radio version, which is incorrect. It often happens that you start to listen to the track and immediately hear the difference of stems with Extended. Before you send us the pack, listen to it singly, compare them to Extended version so that there are no disagreements.

9.Save the stem files properly. One stem file should have one sound.

According to rules, one file should only include one instrument. The stem cannot include a Clap and a Kick simultaneously, they should be two different stems. If you format everything correctly, the publication of the track won’t last long.

10.When signing the contract,mention your real name and surname.

Don’t mention your nickname. Also, leave your real sign. The one that is written in your passport, not the fictional one.