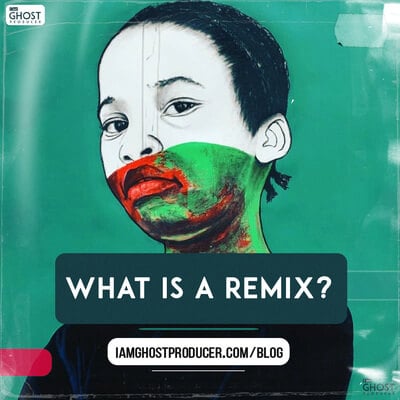 What is a Remix?

Remixes are a long history that takes us back to the 60s. The popularity of remixes began in Jamaica, where the guys mixed reggae and ska. Later, this direction was borrowed for the period of popularity of disco.

Now more than ever, remixes appear as often as the original tunes.

Let’s start first by looking at what types of songs can be defined as remixes.

To create an official remix, an artist needs separate tracks for each instrument, as well as MIDI files. After that, the person who will be doing the remix starts working in his DAW: his task is to bring something new, but at the same time preserve the recognizability of the original track. A remixer may even receive royalties if his remix helped sell the original track.

A bootleg is a combination of the “handmade” acapella of one track with the drum part of another, and such a remix is unofficial. Often, the drum part is created by bootleger.

Such remixes are made by artists to their best tracks. At the same time, the fans get their favorite hit, but with new and fresh sounds, with the addition of new instruments or melodies.

Mashups use pieces from different tracks, which are mixed live and played as a single track. If you take pieces from famous tracks as a basis, it delights the audience.

Now let’s answer the rest of the questions that we voiced earlier.

When remixing is good?

This is usually a good idea. In this way, the producer can demonstrate a new perspective on his music and present his talent in a broader sense to the public.

Another advantage of remixing is the ability to define your own sound. In this case, the artist’s track is easy to recognize by the technique of creating the track and its sound. This works well for artist recognition.

Remixing is a great networking opportunity. When you remix tracks of your colleagues, you communicate, exchange ideas and great ideas are born in such a community.

When is remixing badly?

What if the artist’s remixes are better than all of his originals? Will all remixes end up sounding the same and also bad?

A good remix is balancing the original idea and the new one. It should be recognizable to the original track. But only recognizability, otherwise it should sound in a new way so that the listener appreciates the fresh idea. On the other hand, there is no need to overdo it on new melodies and instruments. We need to keep the key message of the original track.

Sometimes producers create significantly more remixes than original songs. It’s a good idea if each remix sounds innovative enough and it might even feel like we’re listening to a new song from a favorite artist. If the creation of dozens of new remixes resembles an assembly line, the listener may not be delighted with such an artist’s approach. Even the artist himself can weaken his creative side due to the large amount of the same type of work. There should be dynamics in the release of new music, but at the same time with the preservation of balance.

By the way, if you need a remix, we can make it for you.