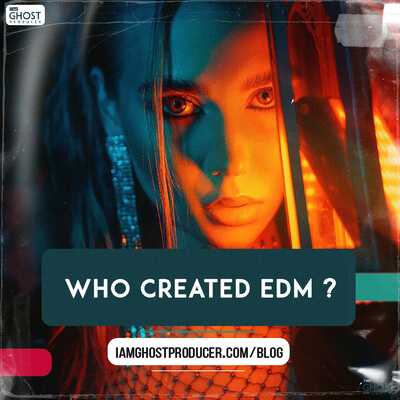 Electronic Dance Music, or EDM for short, encompasses several genres of music. They have been popular in clubs since the 80s. EDM is gaining more and more popularity today.

The last century has given us a new wave of electronic music. It is believed that Delia Derbyshire was the first to start a revolution in the creation of this type of music.

Later, then the disco stage began, which marked the beginning of club music. This direction included the sounds of soul music and admixtures of synthesizers. Due to the fact that this music had a characteristic groove and literally made people dance, there was a lot of demand for disco. There was such a profession as a DJ who played music in nightclubs from records.

Giorgio Moroder brought his ideas to shaping the repetitive drum sounds that we can hear today in the modern rhythms of electronic dance music. The artists of the electronic scene used drum machines and synthesizers to create a rhythm section and combined one genre into several genres.

Later, in the period from the 80s to the 90s, a wave of directions such as techno and several subgenres of house music began. The first rave parties became popular in England and Germany. As the underground electronic scene developed, parties in abandoned warehouses and factories became popular. As a rule, the clubs did not work after one in the morning, and people wanted to keep dancing. This is how the first parties appeared in warehouses.

When the demand was so great that thousands of people wanted to visit the so-called “rave”, they began to hold clandestine parties. EDM has also become widespread and popular in America. Several artists represented this scene in England, they were the now well-known The Prodigy and Chemical Brothers.

Later, this direction became an integral part of the entire musical culture. The music business quickly realized that the electronic dance scene had enormous potential and that live DJ performances could bring huge profits. This is how big festivals came about, where the emphasis was on visual effects and video. EDM slowly began to take over the world, new big festivals began to appear, new charts. A new generation of raves has arrived.

One of the great artists in the EDM scene is Carl Cox, who is a representative of the house and techno genres. This guy is known by almost any person who visits clubs or is himself a DJ or producer.

Australian Toneshifterz has written an anthem for one of the electronic music festivals and continues to represent the native scene internationally.

Another project from Australia, Yolanda be cool, consisted of two DJs with over 20 years of experience releasing hits one after the other. They have long earned the title of great artist and have also made great contributions to EDM.

The current situation with the EDM scene

Today, more and more new genres and subgenres are emerging that relate to EDM. They combine with one another, thereby creating even more complex and unique styles that delight listeners, find new fans and collect concert venues. The electronic scene has become very versatile today. Every year new trends in sound appear, new directions and subgenres appear. And the producers and DJs from the EDM scene still manage to surprise the audience. This incredibly inspires young artists to write music, because they also have every chance of becoming famous and touring. With the development of services on the Internet, little-known novice DJs and producers in a couple of years become known all over the world only thanks to the Internet and their activity in social networks.

You can do that, too, if you stay consistent with your efforts, write new music, share it on social media, and do personal marketing. There is also a place for you in the music world.

It can take a very long time for an EDM artist to get noticed, or it can happen that he wakes up famous. But you need to continue to tirelessly go about your business and you will definitely achieve your goal. For some it takes six months, for others it may take 5 years. If you know for sure that this is your path, do not turn off it and go to the end. Of course, you can get some results for a long time, but you will earn little … This can lead you astray and you want to give up this venture.

To motivate you a little financially, we want to offer you a great opportunity to make money as a producer. On our site, you can upload your music and receive money after your track is sold. We ourselves are engaged in attracting clients to our catalog of tracks, so you just have to write music and regularly add it to the catalog, otherwise it’s up to us. If you like this opportunity and you are ready to start, go to this section of our website and start making money by doing what you love!