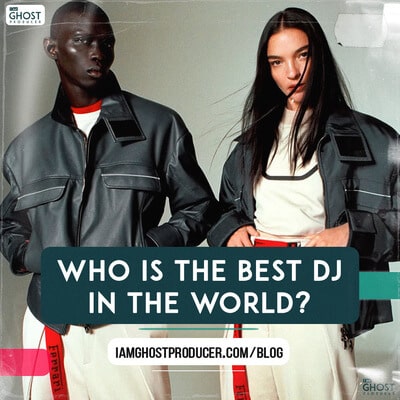 Who is the Best DJ in the World

Every single year, ratings of the best DJs in the world appear on the network, but the interesting thing is there have been no radical changes over the past few years. Nevertheless, artists do not rest on their laurels and work hard all the time. And then at a certain point, another DJ suddenly goes upstairs in the rankings. Let’s look at what situation nowadays.

This Frenchman is perhaps one of the best artists on the stage for over 20 years. Even now, his tracks remain popular and sound everywhere. He earned first place after sales of his discs crossed the mark of 9 million copies.

Garrix is a talented producer and DJ with a sound engineer degree. This dutchman is well known for his successful experiments in progressive house. He is the best EDM DJ today.

Even at school age, this guy, originally from Holland, was fond of music, and as a teenager he already played DJ sets. He continued to develop his skills and this allowed him to gain the status of one of the best DJs in the world. And thanks to his progressive-house tracks, he became one of the most successful artists.

The renowned electro house DJ and producer has also become one of the great DJs in the world, and DJ Mag declared him number one in 2013 and 2014. He was ranked third on the Top 100 DJ Mag list. His accomplishments are largely due to his excellent remixes.

Sonny Moore is a US-based DJ who has become a new generation star with dubstep and moombahton. There is a lot of dynamics in his music. Previously, he was a vocalist in a group and later began to prove himself as a DJ. The new direction in my career allowed me to achieve great success. He received a Grammy 8 times!

A talented EDM producer and DJ with an unusual marshmallow headdress invented his own EDM genre and was able to captivate listeners. His tracks are in the top 30 charts, and thanks to collaborations with other DJs, he managed to take his place at the top of the world.

Aoki conveys a lot of youthful emotions in his mixes. There are no stereotypes in his tracks, they resemble unique and emotional adventures. This producer and DJ is highly respected for his extraordinary musical style.

A talented DJ and producer from South Holland, he started creating tracks and performing as a DJ at the age of 14. His passion grew into the craft and his dynamic sets helped him become a Grammy nominee several times. He also managed to win the MTV Europe Music Awards and to this day remain in the top 10 according to DJ Mag.

The British artist began his career in 2007 and is now the richest DJ in the world and is in the top 10 of the best. For all the time he managed to work with many famous performers. His albums have sold hundreds of millions of copies and topped the charts.

Let this list of the best DJs inspire and motivate you to grow. And remember that from small beginnings come great things, so read more other helpful articles on our blog, use it and move on to a successful career as a performer.