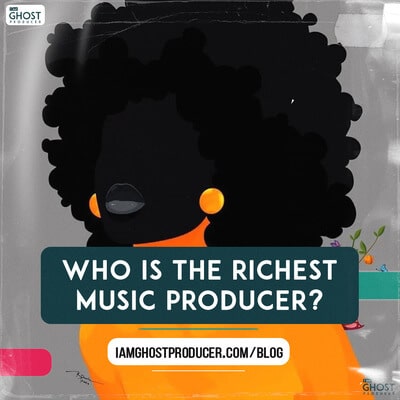 Who is the Richest Music Producer

Thanks to several of the most famous producers, we have the evolution of the music industry, creating the signature sound of the most famous bands and performers. It is difficult to overestimate the contribution of music producers to names, which ultimately had a strong influence on an entire era.

Of course, all efforts were appreciated and rewarded. Some got into the Hall of Fame, some received a Grammy nomination, but they are also some of the richest representatives of the industry. We have prepared for you information about the most famous and wealthy producers, let’s get started.

She is best known for her production work with Undertow. She has also worked with Johnny Cash and a few great artists. In addition to producing music, she is also a mixing and engineer. Her fortune is estimated at $ 2 million.

This British-born singer, songwriter and producer has been making music from an early age. His career breakthrough came from working with Beyonce, and his journey was not easy as he is gay and it often created obstacles for him in his career. But he still won a Grammy and several ASCAP awards. The producer’s fortune is estimated at $ 5,000,000.

When she was 13, the girl began to write her first songs, which grew into music production. For those who love films about the little wizard Harry Potter, it may be news that it was she who wrote the music for this wonderful fairy tale. Among other things, Imogen is a sound engineer, plays several musical instruments, and her fortune is currently $ 10 million.

She had a difficult path, she struggled with drug addiction and was ill a lot. She started singing in small coffee shops and slowly paved a creative path. Thanks to her songs, she gained fame, she also managed to work with such stars as Christina Aguilera, Vanessa Carlton. In addition, she has received several awards, including a Grammy. Her dedication and success have generated $ 18 million in the capital.

He is considered the greatest producer of all time. It is thanks to him that we are grateful for this group, which influenced an entire era. He has exceptional taste, and his musical path began at the age of six when he learned to play the keyboard, and today he can rightfully be considered a legend. In addition, he was fortunate enough to create music for James Bond. Thanks to all the achievements, he managed to make capital worth $ 65 million.

Winner of several Grammy Awards and renowned for his work with the Chic group, Neil has sold hundreds of millions of records. He made a great contribution to music and influenced the formation of hip-hop music. Ego can also be called a very influential and great producer who has worked with such stars as Madonna, Diana Ross, INXS to name just a few of his portfolio. Despite the illness from which he managed to recover, he continues to work successfully and amaze the music world. Today his fortune is estimated at $ 100 million.

We’ve come close to the top 3 producers of all time. Next in line is Rick Rubin. He started out as a musician in a group, and later, thanks to communication with the guys from the hip-hop community, he learned to produce. This guy has an unusual approach to producing, which many people notice. Nevertheless, this is what allowed him to achieve such results, including in his capital of $ 250 million.

This producer has such a huge list of artists he has worked with that it can get boring to count and watch. Taylor Swift, Katy Perry – these are hits that probably every person on the planet has heard at least once. The hits that he produced took the first places in the charts two dozen times. In addition, he has been honored eleven times to receive the ASCAP award. The producer’s capital is estimated at $ 260 million.

It’s incredible, but the first place on our list is occupied by the person who turned the musical world of rap music. He himself is a talented performer and businessman. His entrepreneurial spirit definitely helped him reach this height and become the owner of $ 800 million! Famous rappers like Eminem and Snoop Dogg became popular and influenced the rap industry a lot thanks to Dre.

As you can see, fame and financial success are not in any one musical genre: be it rock, pop or rap – there is a producer everywhere who influenced the development of this genre and allowed many artists to take first places in the charts, receive awards, and also earn your millions.

The beginning of the producer’s journey

Please note that often these guys started out with a love of music and were musicians themselves, creating music, writing poetry, and later helping others to succeed. Perhaps you would also like to do music production? If you are inspired by these stories, then you already roughly understand what steps this path consists of.

If you are already writing music, it will not hurt you to get a diversified experience and for this, we suggest you take advantage of not only the opportunity to make money through writing music, but also gain experience. Become a part of our service for the sale of ready-made tracks from guest producers. Write tracks that meet the requirements of our site, upload them to our catalog and get your day after the sale of your music. Work in a convenient place at a convenient pace and earn with us, follow the link, study the information and join us!