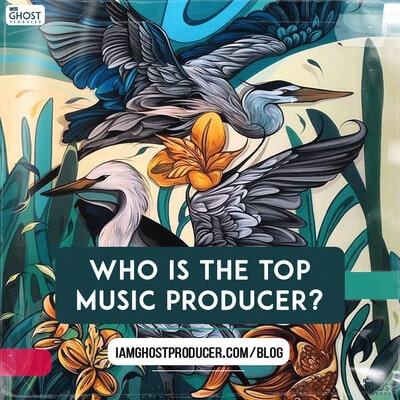 Who is the Top Music Producer in the World

Artists definitely spend a lot of time in the studio to release a decent song and it’s a lot of work. But today we want to talk about the invaluable contribution of producers to songwriting. After all, it is thanks to them that many songs have become famous hits, and the performers have gained fame. In this article, we will tell you about the greatest and famous producers.

Thanks to this guy and Def Jam Records, we were able to hear big names of hip-hop bands. His innovative and unconventional approach has helped him become a producer of many great musicians. He also made it to Time magazine’s Top 100 Most Influential People.

Dre is known for both artist and producer. It seems that there are few people who have not heard of him. After all, thanks to this guy, we learned about names like Eminem and 50 Cent. Over the past three decades, he has become one of the most outstanding artists, thanks in part to the personal qualities that have enabled him to be a good businessman.

It is George who can be thanked for the fact that The Beatles were able to climb the ladder of fame and become one of the greatest bands in history. It’s worth mentioning that when he first listened to the band, he didn’t really like them. he also produced an album for musician Jeff Beck.

Neil is a vibrant representative of the music industry. Thanks to his work, hundreds of releases have been sold. He is the co-founder of the world-famous group Chic, which has had a huge impact on both musicians and the formation of certain musical genres.

One of the greatest producers and musicians has received nearly 80 Grammy nominations. He has produced music for Michael Jackson and wrote music for films. He is a really talented person and was able to achieve a lot in different creative directions.

On account of this Englishman, many groups are known to us today. Through creative use of equipment, Hannett was able to achieve exactly the sound that we know from the Joy Division, and this set them apart from other similar groups. Unfortunately, in 2021 it will be 30 years since this manufacturer is not with us.

Like the previous one, the producer began his work with working on albums of today’s famous artists. Later, Pink Floyd was added to this list, where he worked as a sound engineer. After some time, his name has already received a comparison with the city of Manchester. He also produced two albums for Stone Roses, albums for Radiohead and Cast.

Besides the fact that Steve is a famous producer, he is an excellent guitarist and sound engineer. Music journalism is another of his specialties. His portfolio includes collaborations with bands such as Nirvana, Pixies and others. For all the time he managed to work on thousands of albums.

After moving to Hollywood and meeting new people, she was inspired and decided to become a sound engineer and producer. Perhaps her biggest achievement was her work as a producer with Prince. She managed to work on four albums of this star.

It initially became popular with the formation of the group Roxy Music. He is also considered one of the founders of the prog.-rock genre. The list of artists and bands for which Brian has produced albums includes names such as David Bowie and others.

Rock and roll is impossible to imagine without this person. Thanks to the Sun Studio he created, the world was able to hear musicians playing blues, country, rock and roll. Without further ado, he is deservedly a member of the Rock and Roll Hall of Fame and a Grammy Award winner.

Of course, we did not forget to mention the man who founded perhaps one of the most famous Motown labels, which produced soul music in the direction of the pop industry.

As you can see, the work of a music producer is incredibly exciting and versatile. But behind this career lies a lot of hard work, experience, failure and disagreement. Most producers go a long and hard way to become famous, highly paid and respected in the music world.

Everyone needs to start somewhere. As for the people on this list, they all date from the heyday of many genres of music. Today, the path of a producer looks a little different. There are different ways to gain experience: someone goes on different internships, someone on their own finds opportunities via the Internet. For starters, it’s a good idea to write music for someone (if you’ve already gotten the skills to create music and understand how to do it).

You can write on an order on freelance sites, where you need to correspond with the customer, or use our platform, where producers post ready-made tracks and after the sale takes place, they receive their money. This is a good option if you want to make money and understand where your strong point is and which one of the music you have written is being bought better. If you are confident in your abilities, welcome to our community!