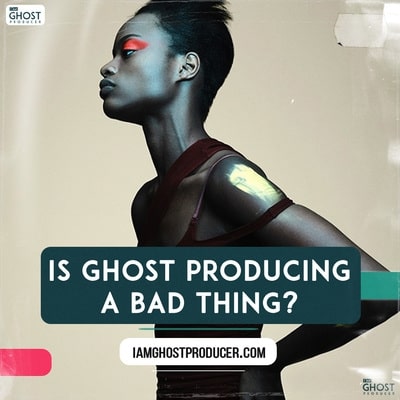 Is Ghost Producing A Bad Thing?

Ghost Producing is the reality of today’s show business. But not everyone understands whether it’s good or not. Many fans get frustrated with their idols when they find out they have been buying tracks, but is that as bad as it may seem? Why do musicians appeal to the services of producers? How did it all begin and why is it needed today? Anatolii Vered — the founder and owner of I am Ghost Producer service, a DJ and an artist under the pseudonym Arys will give answers to this and many more questions.

– How was Ghost Producing born? How did everything start?

I suppose there is no clear answer but probably the starting point was in the 60-70s when dance music was just gaining popularity. Some famous singers hired people who’d help them to compose music. One of the ways — how it worked that time and how it works today — is when they record the vocals and send it to different producers afterward. After some time they receive several tracks, pay for each one of them but make a choice for the one that they liked most.

– Why is Ghost Producing needed today?

It depends on a person. One just wants to write music for pleasure and he is fully enough with that, but there are only few such people. Somebody else is striving to become famous and earn a lot – such people must engage a whole team to reach their goal, and this is how the majority of artists do things.

A Ghost Producer is an undivided part of the team because behind the one who’s on the stage there is also a good basis – a team that prepares everything for performances.

The world has changed for the last 10 years. We’ve got cars that help us reach the points faster; the phones simplifying interaction, but we’ve got less and less free time, and musicians are no exception. The time is limited, and quality music is a laborious process that requires knowledge, skills, and experience. It may take even 10 years to learn how to compose good music. But besides composing itself, there’re also promotions, ability to perform, etc. And if you put up all the tasks on yourself, don’t expect success to come. If the same tasks are distributed among the team, you will reach the target within the set terms.

Some may perform professionally on the stage or interact well with the public, but when it comes to creating tracks, this is what they can’t do. Is there any sense for such people to spend years to learn that if there’re specialists to do everything within several days?

– What would be if Ghost Producers stopped working?

The amount of new music would significantly reduce. But there’s always demand for Ghost Producers as long as there’s demand for music. In most cases, artists can’t do everything independently. It’s like a car: we can do without it, walk to another city but it will take days. And it’s much more convenient, fast, and effective to use a tool that is already available. In music, this tool is a Ghost Producer.

There are 3 ways how new tracks are composed:

But as long as there is show business there is work for Ghost Producers. We will have work as long as people love art.

– Ghost Producing. Is it bad for an artist?

For an artist that is a necessity! Firstly, he becomes a part of a team that can greatly save the free time of a musician. While the tracks are being composed, he can spend time with a family, take a break, go to the ocean, or just complete some other things in his work. Many artists have got their Ghost Producers, the thing is a lot of people call them another way.

Secondly, this is an opportunity to make songs even better and better because a musician himself decided who he wants to cooperate with. While he’s performing, a producer continues to improve his skills.

Thirdly, that is freedom of action. Cooperate with various producers, and you will have a solid assortment of tracks. Or you may choose one and stand out with only one style. It all depends on what you want, and this option provides you with an opportunity to realize all your desires.

– Ghost Producing. Is it bad for a producer?

That is an opportunity to earn a living. It’s fascinating that the majority of producers from the CIS countries and Latin America are rarely people from North America or Western Europe. Usually, they are those who need money. If you compose music and you like it, then why selling it? And if you create write music and you need money – this changes everything as sales are a way to earn. In other words, ghost producing is a good chance to do what you like make a living from that. And what is also important – this option allows you to work from home, drink a cup of coffee, and make money.

– Is Ghost Producing bad for fans?

There are 2 things to remember here. On the one hand, if fans get to know that their favorite artist buys a ready-made track from another one, they will easily get frustrated. And we can understand them. They buy tickets, wait till new songs are out, or simply are attentive to the artist’s life and want to know that the track is the result of the artist’s work, a reflection of his skills and thinking. But it happens rarely. If all successful people did everything themselves, they wouldn’t become successful. So, in order not to frustrate fans, Ghost Production features anonymity. There are no mentions of who has bought a song, neither in records nor reports, and only a producer and a customer know about the purchase.

On the other hand, if we remove a producer from this mechanism and a musician will do everything independently, we will have 90% less new music. Fans simply won’t get what they like. Show biz stops functioning. Maybe Ghost Producing is not such a bad thing for fans too?

– What famous artists use services of ghost production?

If I answer this question, this isn’t going to be ghost production anymore. Producers work anonymously and nobody should know who buys music. Otherwise, fans will get frustrated, a Dj will lose a chance to perform, while a producer will not receive any orders from him. But sometimes it happens that the information is disclosed: somebody told about it, the rumors appeared, so we discuss this situation. To make sure cooperation is fair, we sign a contract where anonymity is one of the most important points. From our side, we do not tell about artists that cooperate with us. And the information that is published on the Internet is yellow journalism, so should we believe it? Also, why do we need to know who and what buys anywhere? Let’s not ruin the mechanism that has been working so well for many years.

– If we conclude, how do you think: is it rather a bad or good thing?

Personally, I think that everyone decides himself. But ghost producing is more opportunities for an artist, this is the primary or extra income for thousands of producers from various countries. This is also about a lot of new music for fans. As a result, everybody wins. Musicians perform more often and become popular. Producers earn money by doing their favorite thing from home. Music lovers simply enjoy the results of the work of latter ones. And if you want to develop yourself as an artist and are looking for new tracks, go to ourI am Ghost Producer Shop.