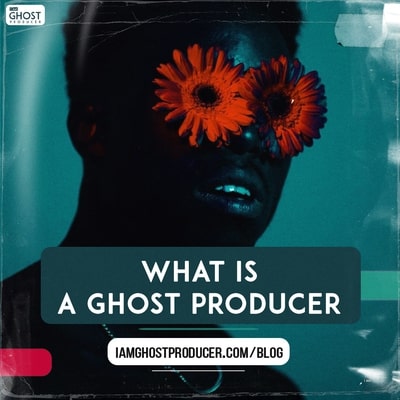 What is a Ghost Producer

We interviewed a person who started out as a regular producer and is currently the founder of a service that collaborates with dozens of producers and sells hundreds of tracks.
Anatolii, could you tell more about the work of ghost production as the founder of theI Am Ghost Producerservice? We have a number of questions about who is a ghost producer, how much they make, whether they can work independently. We hope this interview will shed light on a profession that always remains in the shadows.

How did you become a ghost producer? Why did you pick this field?

I needed money at a certain stage of my life. I started wondering where to get it. I thought of what I could do. I had ready-made tracks, so I could sell them somewhere. I needed to make money with my music, because this was the business that I knew very well. I collaborated with other ghost platforms, but the tracks were practically not selling. In addition to that, many tracks were not fitting for those services. Sometimes I was rejected because the genre wasn’t matching, sometimes for a different reason. That is why I decided to establishmy own platformand this was where I started selling my tracks. Over some time, other producers who wanted to use the platform services joined. So I came to the conclusion that the platform needed to be developed, I had to look for employees and clients, to promote the website.

Who is a ghost producer?

A ghost producer is a music producer who creates electronic music and sells it to DJs or other producers and stays unknown. People who usually buy tracks from them either do not have time to create or skills. To put it simply, a ghost producer is a person that makes music and wants to earn money with it, remaining anonymous to the whole world, but not the ghost platform.

How does a ghost producer work?

They usually work from home. There is no schedule, someone makes tracks during the day, and someone finds inspiration at night. You don’t have a boss telling you what to do. Basically, you are your own boss, and the result only depends on the producer.

How much does a ghost producer make?

There are no regular salaries in this field. But you can do some job for a platform on a regular basis. The main income comes from selling tracks. Let’s take our website for example. Our tracks range in price from $ 350 to $ 599. We also have different discounts and Super Sales, that is selling a track for $ 199.
We even have a table that tells a producer how much money they will make from selling a track.

You can read more about producer income here:
https://iamghostproducer.com/the-income-of-a-ghost-producers/
On average, a producer income starts from $ 125 to $ 300 from selling a track.
We calculated the average net income of a guest producer. It is around $ 227.
This is the net income the guest producer receives either on their PayPal account or a credit card.
At the end of the day, there are a few factors influencing the income of a producer. These are the number of tracks they will produce and how many of them will be sold. A successful producer is the one who knows how to make high quality music fast. There are not many of them, but they do exist.

Does a producer need a platform or can they sell tracks on their own?

It is much easier when there is a platform. In that case a producer only takes care of music; there is no need to think about PR. You can leave it to people who have a customer base and sales experience. If a track is well written and its style is in demand, it quickly sells. Selling a track on your own is much more difficult. Our job is not just to post a track. We have a whole team working on the website. Someone checks packages of files, someone creates pictures, and someone writes lyrics. We have an employee who posts tracks on the website, another employee publishes tracks on social networks. There are also IT guys, they take care of security. I am engaged in promotion and recruiting. We operate according to a system that has been working for several years. This system is constantly being improved so that producers make good money, customers are satisfied with the tracks they purchased, and the employees benefit from it in terms of money, pleasure, and the opportunity to develop.
Trying to sell a track on their own, a producer faces the following difficulties:

Selling through the platform looks much easier, you just need to prepare a bunch of files, send them, and while our manager is taking care of your track to be sold you are writing more music. This saves you time and effort. It also gives you the opportunity to make more money.

Do you accept all the tracks that come to your platform?

Of course, we don’t. There are poor quality tracks, some other tracks do not match our vision. During the operation of the platform, we learned the needs of our customers. We can see when a track is interesting and there is a chance to sell it. Other tr, on the contrary, do not fit our platform, as the probability of selling them is very low. We immediately refuse such producers so we don’t waste their time. We accept 70-80% of the tacks sent to us. There are musicians who we constantly work with. They know what’s best for us, so they produce tracks that we can’t refuse. This is what our platform works like.

What are the difficulties of working as a producer?

One of the difficulties is finding a platform that will be convenient to work with and trust-worthy. I didn’t find it when I needed it, so I decided to create my own. Secondly, you also have to be very patient. Many people think that they can quickly make something, post it online, and earn thousands of dollars right away. But it takes time to improve skills in order to understand what the market needs nowadays just like with any other profession. Next, you never know which track will be sold and which one will have to wait longer for the right buyer. The popularity of styles is changing, so are the needs of customers. And the last difficulty is self-discipline. Working from home is not just about convenience and a flexible schedule. It is also about being too lazy sometimes to start working. Plus, you are constantly distracted, and your work day has no beginning or an end.

Is this profession relevant nowadays?

As long as show business exists, ghost producers are in demand. As long as there are DJs, we have clients. We receive tracks for sale very often. Purchases are often too.  The number of sales has been growing nonstop over the past couple of years. So I can safely say that this profession is relevant nowadays, and it will be for many years to come.

How do you become a ghost producer?

I can only recommend what I am sure about. Our platform. This is what a track sale works like stage by stage:

Thank you for your answer, Anatolii.